What are the classifications of Crawler Hydraulic Excavators?

As a China Excavator Company, share information with you. Crawler hydraulic excavator is an earthmoving machine that uses buckets to dig materials that are above or below the bearing surface and load them into a transport vehicle or unload to a stockyard. The excavated materials are mainly soil, coal, silt, and pre-loose soil and rock. From the perspective of the development of construction machinery, the development of excavators is relatively fast. As one of the most important construction machinery models in engineering construction, the correct selection of excavators is even more important. Crawler Excavator for Mining Site is specialized machinery and equipment widely used in mining and urban and rural construction, with advanced performance and unique technology. 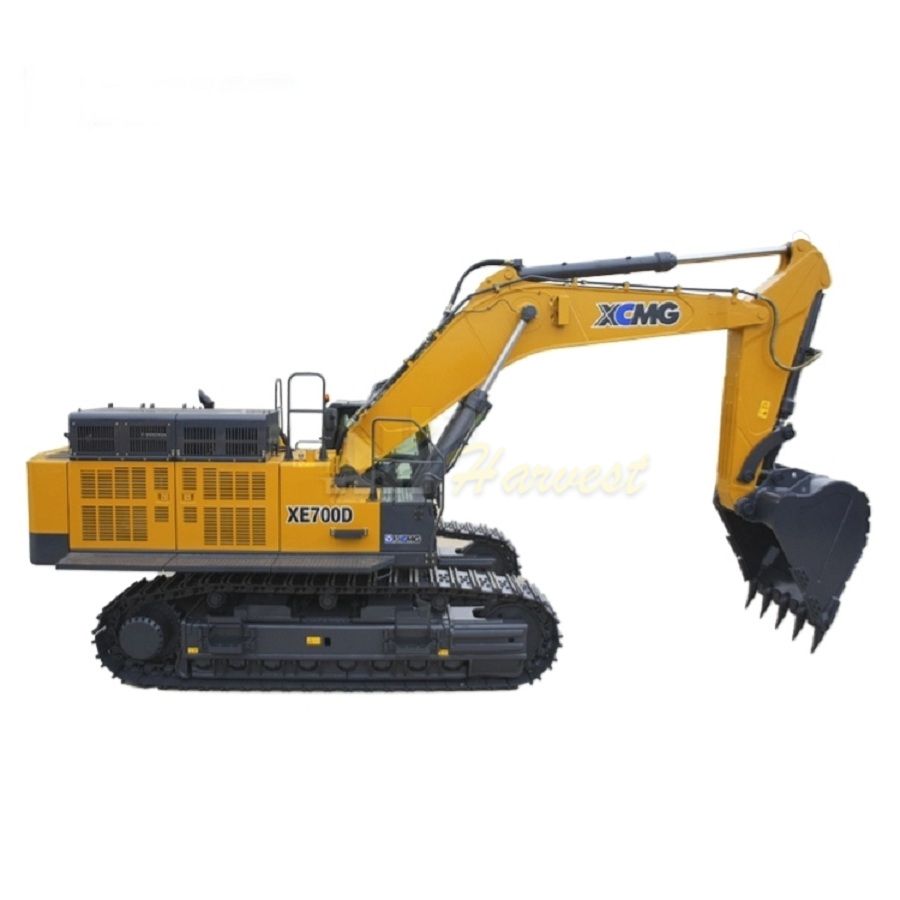 The following is the classification of common excavators: Excavator classification 1: Common excavators are driven by internal combustion engines and electric drives. The electric excavator is mainly used in plateau hypoxia and underground mines and other flammable and explosive places. Excavator classification two: According to different walking methods, excavators can be divided into Crawler Excavator and wheeled excavators. Excavator classification three: According to the different transmission methods, excavators can be divided into hydraulic excavators and mechanical excavators. Mechanical excavators are mainly used in some large mines. Excavator classification four: According to the purpose, the excavator can be divided into general excavators, mining excavators, marine excavators, special excavators and other different types of excavators. The hydraulic system consists of a hydraulic pump, a control valve, a hydraulic cylinder, a hydraulic motor, a pipeline, and a fuel tank. The electrical control system includes a monitoring panel, an engine control system, a pump control system, various sensors, and solenoid valves. According to its structure and application, it can be divided into: crawler, tire, walking, full hydraulic, semi-hydraulic, full swing, non-full swing, general type, special type, articulated type, telescopic arm type and other types. The working device is a device that directly completes the excavation task. It consists of three parts: a boom, a stick, and a bucket. Boom lift, boom extension and bucket rotation are all controlled by reciprocating double-acting hydraulic cylinders. In order to meet the needs of various construction operations, hydraulic excavators can be equipped with a variety of working devices, such as digging, lifting, loading, leveling, clamps, bulldozing, impact hammers and other operating tools. The slewing and walking device is the body of a hydraulic excavator. The upper part of the turntable is provided with a power device and a transmission system. The engine is the power source of the hydraulic excavator. Most of the diesel engines are used at convenient locations. Electric motors can also be used instead. The hydraulic transmission system transmits the power of the engine to the hydraulic motor, hydraulic cylinder and other actuators through the hydraulic pump, and pushes the working device to complete the work.

Previous: Why does the Excavator smoke?
Next: Do you know the applicable scope of Wheel loader?
QUICK LINKS
Contact Us
Send Inquirey